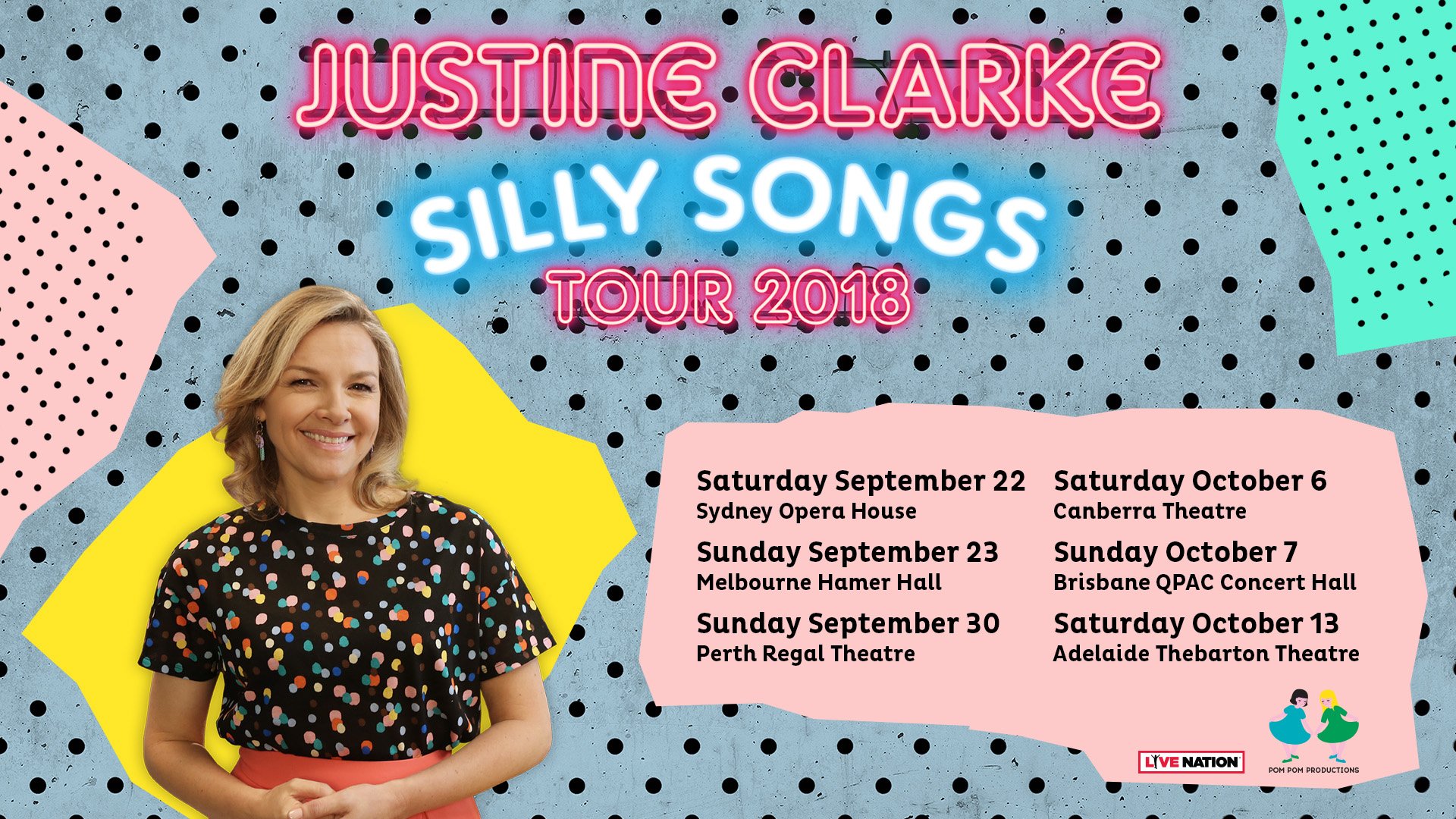 How do you make a Silly Song?

That?s the question Justine will ask her audience as they traverse through a marvellous musical cacophony!?Performing her favourite songs as well as new hits from her TV show and album, The Justine Clarke Show! the?concert centres around a shared joy of singing, dancing and all the excitement of show time. From singing?songs that make you smile, to stomping like a dinosaur,? together Justine and her audience will find their own?silly song to perform as one for the grand finale.

Justine Clarke said: ?I?m so excited to bring these silly songs to a live audience and co-create the show with the?kids. I?m looking forward to sending out some rehearsal videos before the concert so kids can learn the words?and the moves. It?ll be wonderful, organised chaos!?.

Justine Clarke is one of the most recognized and trusted faces on the Australian entertainment landscape. To?pre-schoolers and their parents, she is perhaps best known as the constant, reassuring presence on children?s?television benchmark program,? Play School, for the last 19 years; and most recently seen presenting her live action TV program,? The Justine Clarke Show! on ABC Kids.

A best-selling children?s music artist with platinum and gold accredited CDs and DVDs of original children?s?songs such as? I Like To Sing (2005),? Songs to Make You Smile (2008),? Great Big World (2010) and? Pyjama?Jam! (2015), Justine is also an author of four successful children?s picture books.

Justine is an award-winning stage and screen actor in some of Australia?s most iconic productions and more?recently,? Muriel?s Wedding The Musical. Aged 12, she made her worldwide movie debut as Anna Goanna in?the blockbuster? Mad Max Beyond Thunderdome. Aside from numerous film credits, Justine is also a familiar?face on TV starring in shows such as a one-and-a-half-year stint as Roo Stewart in? Home and Away in the late??80s,? Love My Way, Maya The Bee, The Time Of Our Lives, Tangle and? House Husbands.

Sydney Opera Hour – Saturday 22nd September at 10am and 12pm

All other shows on sale now.