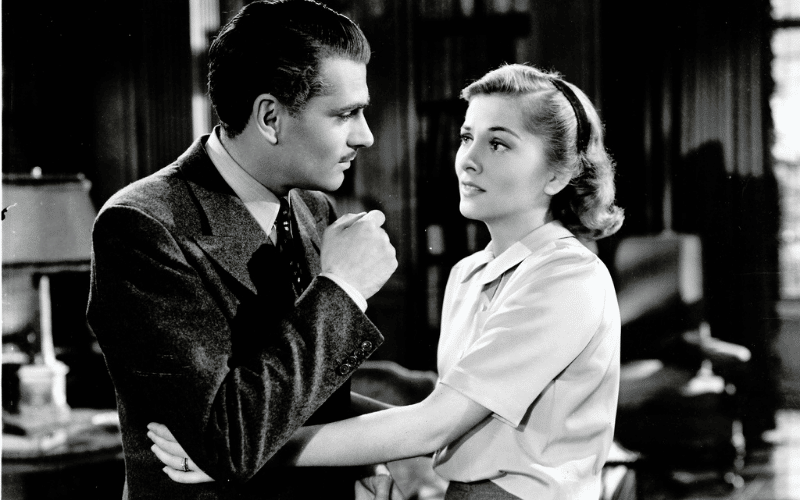 A dreamlike adaptation of Daphne du Maurier’s novel, the film stars the enchanting Joan Fontaine as a young woman who believes she has found her heart’s desire when she marries the dashing aristocratic widower Maxim de Winter (played with cunning vulnerability by Laurence Olivier). But upon moving to Manderley – her groom’s baroque ancestral mansion – she soon learns that his deceased wife haunts not only the estate but the temperamental, brooding Maxim as well.

This elegiac gothic vision won the Academy Awards for best picture and best cinematography. To the critics and audiences, it was a great film with Hitchcock at the top of his game and Australian-born Judith Anderson so good as Mrs. Danvers that she almost steals the show.