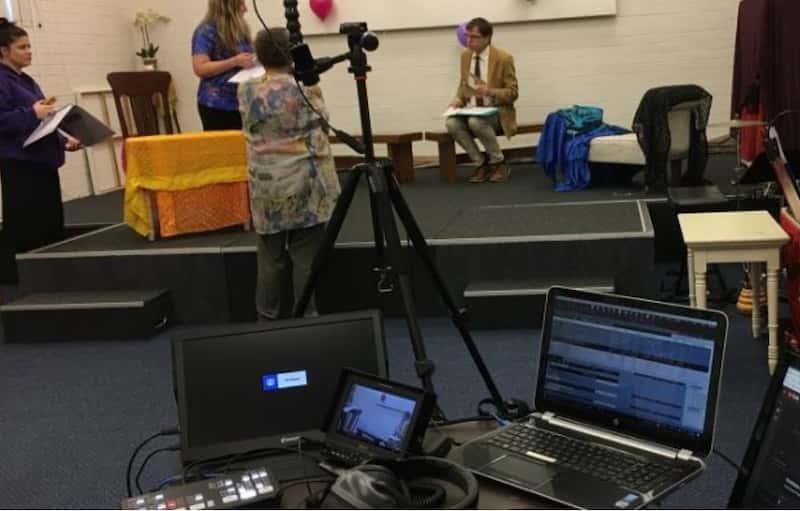 Just before opening night of Kristiana From The Sea in March this year, all theatres were closed down as result of Covid-19. Now they are happy to announce the return of this show to the stage! Northern Beaches Council awarded them a community grant to bring this production back to life, and share the show by a video stream. The grant funding is being used to pay the cast, director, scriptwriter, and crew required.

The performance will take place at Humph Hall in Allambie Heights, in front of an empty, quiet, and dark theatre? with no audience. This is a new test for the cast and crew to produce a camera-ready performance. Four video cameras will be filming simultaneously, with a technician choosing the best footage angle during each scene. There are two options to watch this 2-hour theatre show:

100% of the ticket sales are going to the cast and production crew, most of whom have been out of theatre work since March. We?re honoured to be able to support them.

Kristiana by the Sea is the mysterious tale of drama and romance intertwine as the playwright?s wife struggles with her bitterness at her husband?s cruelties. Although set in the 1950s, the play?s themes reflect today?s issues and absurdities.

Directed by Roz Riley, with a cast of 8 Sydney residents. Arranged by the Sydney based Factory Space Theatre Company Written by Emma Willis (An Unexpected Execution (2016) & A Peculiar River (2019)) This has been a very exciting journey for all of us involved, amidst the challenging situation we are all going through. We thank Northern Beaches Council for the financial support to make this event possible, supporting independent theatre, and all the people involved.

Kristiana by the Sea