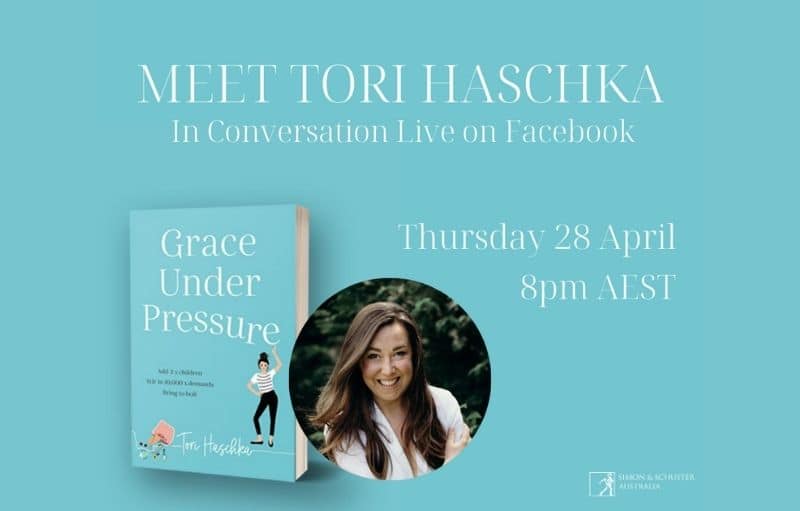 For northern beaches mum Tori Haschka it started with a half joke that she often heard whispered next to swing sets while someone poured a glass of pink wine on a Friday afternoon. It was a question repeated by harried mums sharing pity bolognaise during croup season, at kindy pick‐up and drop‐off, and in waiting rooms for physiotherapists and psychologists: ‘Why don’t we live in a village of women?’

Set on Sydney’s Northern Beaches Tori’s debut novel, Grace Under Pressure is a smart and hilarious debut about three mums that are at breaking point when the men in their lives screw up spectacularly. In a show of solidarity, they move in together and create a ‘mummune’ – sharing the load of chores, school pick-ups/drop-offs and bills. The new set-up brings its own set of problems.

The book celebrates the realities of mum life (in ALL its glory) as well as the saving grace of female friendship, so grab your girlfriends for a bookclub and zoom in to hear Tori Haschka as she talks about what this book means to her and how it helped her give voice to all rage and love that motherhood gives us.

You can buy the book from Booktopia, Amazon, Dymocks, Kmart, Big W or other popular retailers.