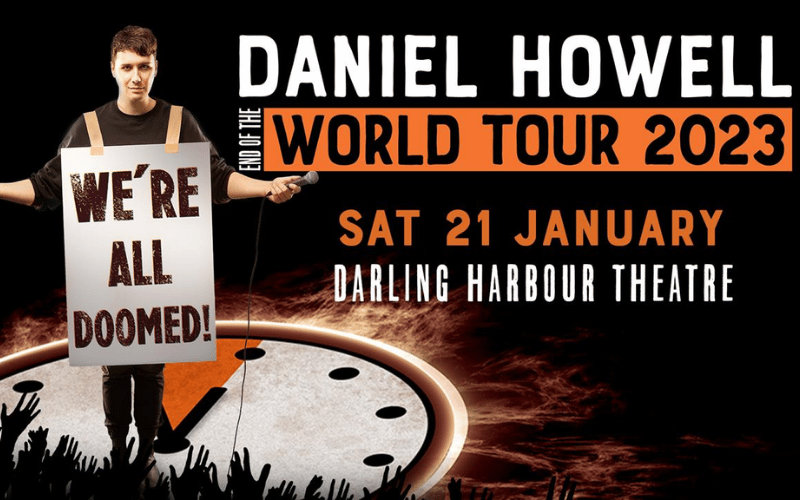 Having teased the upcoming 2023 tour with his 90 minute Why I Quit YouTube video which surpassed 1 million views in less than 12 hours, Daniel Howell is back – and he’s stressed, depressingly dressed and on a quest to live his best life before the inevitable apocalypse arrives. Whether it’s the climate disaster, the terrifying rise of the Tik Tok V-Tubers or the complexities of being a low-key Communist who’s thriving in a Capitalist world, Dan wants all of us to make the best of things before we finally meet our end. With a mix of humour, cringeworthy anecdotes and some calling out of the global companies leaving us to our doom, come and join Dan for the ultimate party in the flames of humanity.