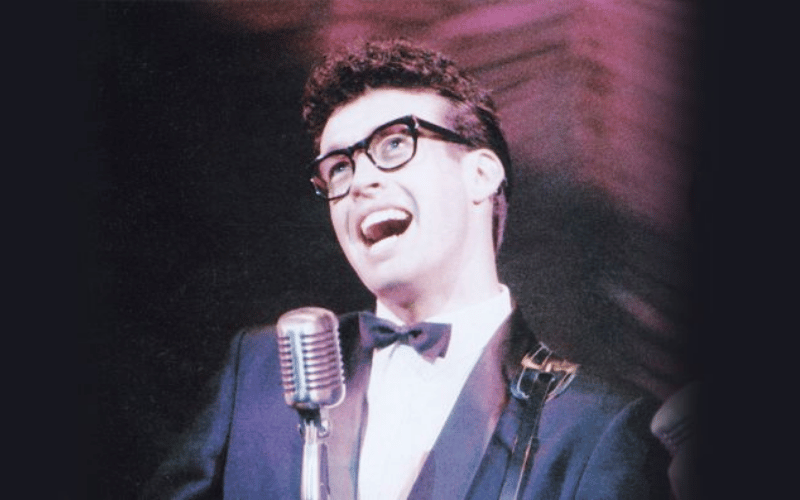 Let’s go back to where it all began – Rock ‘n’ Roll at its very best!

Buddy Holly was one of the greatest pioneers of Rock ‘n’ Roll music in the 50’s, a career spanning only two short years that made a lasting impact on popular music and the world.

During this dynamic two-hour production show Scot Robin, who played the lead role in the smash-hit musical Buddy, together with his Crickets, will perform over thirty of Buddy Holly’s hit songs such as That’ll Be The Day, Heartbeat, Think It Over, Peggy Sue, Raining In My Heart, Rave On, Maybe Baby, True Love Ways and of course Oh Boy! and much more.

This internationally acclaimed production show continues to mesmerise and excite audiences both visually and musically with its high-energy performance, brilliant costumes and fantastic musicianship.

Scot Robin has been receiving rave reviews and standing ovations worldwide for his superb portrayal of the legend that is Buddy Holly. 2021 will mark the 27th Anniversary of Scot Robin performing the role of the legendary Rock ‘n’ Roll performer, Buddy Holly! He played the lead role of Buddy Holly in the smash-hit musical Buddy – The Buddy Holly Story (original cast) being cast by the West End Theatre Director from London and was the first Australian to perform the role. He has performed the role of Buddy Holly over 1,000 times and has received international acclaim for his portrayal of the music legend. Scot has also performed in Buddy’s hometown of Lubbock Texas and has met with Buddy’s wife Maria Elena several times who flew out to Australia to see him perform the role of her late husband at Her Majesty’s Theatre, Melbourne.

This 60th anniversary tour will see the show perform Australia-wide and, as always, will leave the audience feeling as though they have witnessed the real thing!

“A must-see show for anyone who wants to relive the sound, the voice and all of the magical hits of Buddy Holly in an exciting two-hour concert experience that is much like the man himself – unforgettable”.

60th Anniversary Buddy Holly in Concert will have audiences dancing in the aisles!

Become a Member to access exclusive benefits and ticket discounts!

How to redeem your Dine & Discover voucher